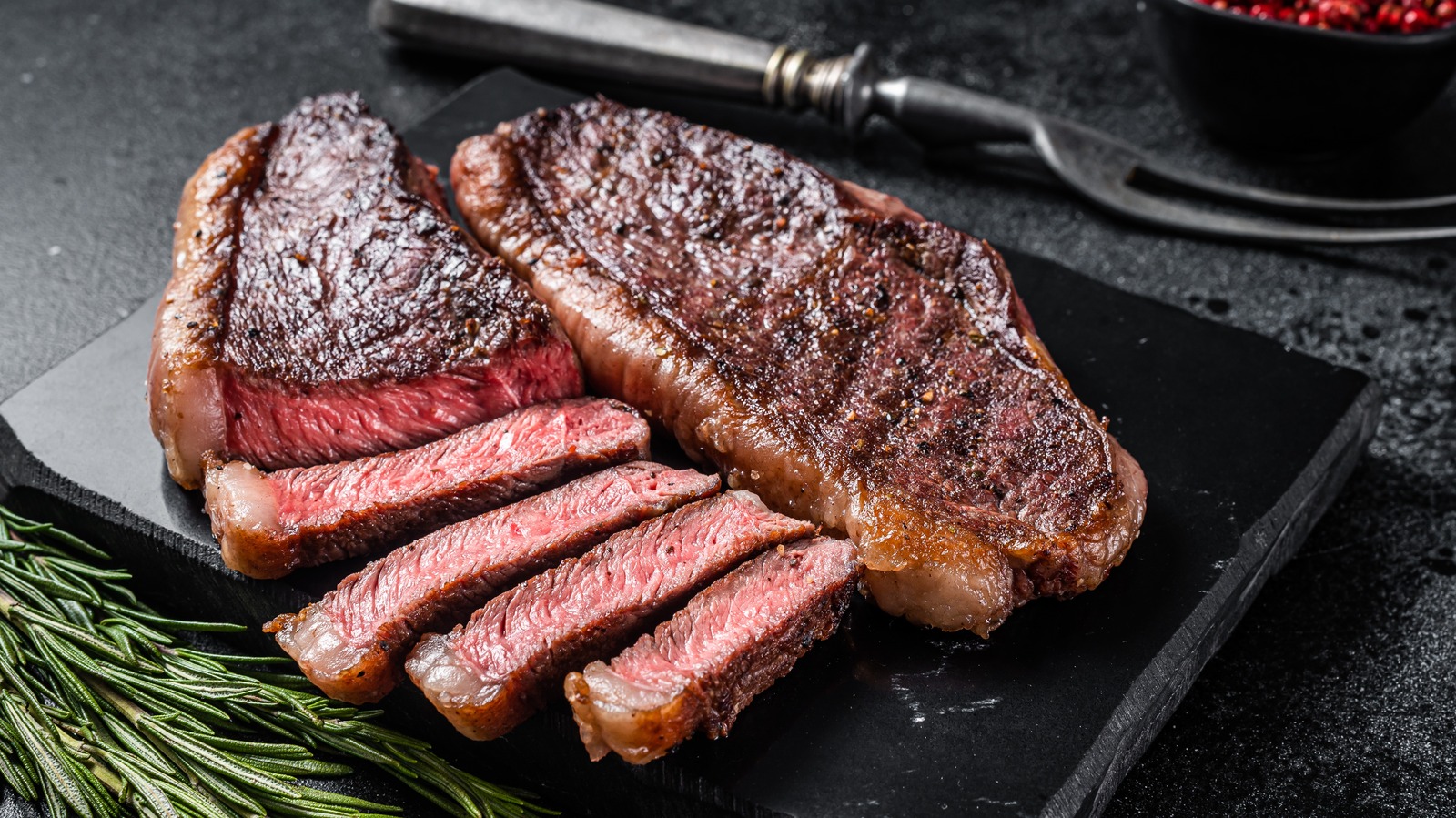 Do you consider yourself a carnivore? Are you curious to know if eating red meat has any benefits and also find the type of meat that suits your taste buds? Then this content is for you!

Since inception, humans have consumed several types of meat as their major source of nutrition.

However, there are certain concerns about the effects of consuming too much processed or red meat in your diet.

It’s important to keep in mind that the type of meat and the cooking technique have a big impact on how nutritious cooked meat is for you.

In this article, you will know if eating meat is healthy and the type of meat that will appeal to your taste buds.

Meat (“mete”) was a term for food in Old English. Nowadays, the term “meat” is frequently used to describe the edible part of an animal.

Although people still use the term “meat” to refer to the edible part of a plant, such as coconut meat or nut meat.

The flesh, fat, muscles, and offal of an animal can all be considered meat. The animal part known as “offal,” which is frequently consumed or used in recipes, includes the liver, kidney, and tongue.

Also, meat has been a fundamental component of many cuisines around the world. Depending on the nations, cultures, and religions, varying amounts of meat intake may exist.

While certain religions restrict certain types of meat, they could be allowed in other nations.

There are several benefits of eating meat. Some include:

1. It Gives Muscle Strength and Maintenance

As we age, meat with a high level of protein tends to prevent muscle loss more efficiently than other sources of protein.

2. It Helps in Effective Brain Functioning

3. Meat is Rich in Selenium

A plate of beef or lamb provides half the dosage of selenium needed by humans daily.

Heme iron, which is present in meat, fish, and chicken, helps to prevent anemia because it is better absorbed by the body than non-heme iron found in plant foods like vegetables.

5. Meat has Complete and Natural Protein

Because it contains all the amino acids necessary for good health, the protein found in meat and poultry is considered to be “complete” and “natural.”

However, complete and natural proteins can only be found in animals.

Here is a list of some tasty meats that you should try out.

Normally, not all types of meat will be included in this list. We limited this list to a few odd options and common choices.

The most popular poultry consumed worldwide is chicken, and there is a good reason. Chickens are simple to rear, a dependable source of meat, and most cultures do not forbid their consumption.

Chicken can also be relished when it is roasted, baked, steamed, or prepared in other ways besides the popular fried chicken franchises like KFC.

According to health professionals, red meat is often more dangerous than chicken.

On the flip side, red meat that has been roasted, baked, or steam-cooked is considered healthier than poultry that has been fried.

However, protein, amino acids, vitamin B6, and minerals can all be found in chicken meat.

Due to the leaner meat in the breast, it is considered safer than the leg or thigh regions. Certain studies have discovered that eating chicken is associated with a lower risk of diseases, including cancer.

Eating chicken is a great option if you want to cut back on red meat but aren’t quite ready to become a vegetarian, as long as it isn’t fried chicken (which is typically regarded as harmful, especially in excess).

Duck is another widely consumed poultry species, particularly in East Asian nations like China. It is yet another bird with white meat.

Duck is classified as white meat even though it is darker than chicken or turkey.

Chinese cuisine makes great use of duck meat, and peking duck is a well-known delicacy.

They can also prepare duck in other ways, such as roasting the breast with the skin on or making duck pate with the offal meat.

Furthermore, duck meat is an excellent source of protein and has a variety of other nutrients.

The breast of a duck with the skin removed has 186 mg of phosphorus, 13.9 mg of selenium, and 4.5 mg of iron per 100 g. These nutritional values represent 20–25% of your daily recommended intake.

To reduce the amount of saturated fat in this exquisite bird, be sure to remove the skin before eating.

The most popular red meat is beef. Beef can be prepared in a variety of ways, including using different cuts for different varieties of steaks.

For example, they use ground beef for hamburgers and whole pieces of beef for stews. In reality, tenderloin ranks among the list of the most tender meat cuts, among other varieties of beef steak.

When eaten in moderation, red meat is actually beneficial to our health. For instance, one of the richest sources of iron, vitamin B12, and zinc is beef.

According to certain research, grass-fed beef appears to be the healthiest option when deciding what kind of beef to purchase. Ground grass-fed beef has 19 g of protein and 12 g of fat, just 5 g of which are saturated.

Also, this type of beef is a good source of linoleic acid and omega-3 fatty acids.

Pork is definitely the type of meat to be consumed frequently, unless you don’t eat it (most likely for religious reasons).

Pork is inexpensive and may be prepared in a variety of ways.

However, there are misconceptions about pork.

It is a type of meat that health experts advise against eating in large quantities because of its high fatty content.

Additionally, there are religious prohibitions against eating pork, some of which are based on the pigs’ alleged uncleanliness.

However, when consumed in moderation, pork can be an excellent source of several nutrients.

It is considered to be particularly high in minerals like iron and zinc as well as vitamins B6 and B12.

It is also a significant source of thiamine and selenium (two nutrients that support several bodily functions).

Having turkey on the menu is a necessary component of every Thanksgiving meal.

Turkey is a poultry product that shares many health advantages with chicken. It also contains a lot of minerals and proteins.

Turkey meat, however, contains more protein than chicken meat. Generally, it is also thinner than chicken flesh, which is excellent if you’re trying to lose weight.

Don’t limit yourself to just eating turkey on thanksgiving day, if you have the time to prepare it. If possible, consume it more frequently!

Lean lamb meat is often regarded as one of the healthiest cuts of red meat.

High-quality protein and all essential amino acids are found in large quantities in lamb meat.

The only distinction between mutton and lamb is that mutton comes from an adult sheep. Lambs are often raised naturally, which is one of the reasons they are a healthy meat option.

Sheep gain weight by consuming grass, and they are often offered a natural, wholesome diet.

The amount of fat in fresh cuts of lamb varies significantly, so keep that in mind. Pick thinner cuts from the loin and leg of lamb to make a healthy choice.

However, one drawback of including more lamb in your diet is the price. Compared to pig, beef, or chicken, lamb is typically more expensive.

You also have to keep an eye on your fat intake and consume lean meat in moderation.

Be careful not to sear it at high temperatures to avoid the production of carcinogenic chemicals.

Goat meat, as opposed to goat cheese, may seem foreign to those who are from North America or Western Europe.

However, goat meat has long been a favorite dish in many parts of the world.

Goat is high in minerals and proteins, like most red meats.

Because goat meat has fewer saturated fats and cholesterol than other red meats, several health professionals advise against eating other types of red meat.

It is also a convenient choice because it can be consumed in cultures that restrict other common types of meat, like pork or beef.

Lean red meat, like rabbit, is a source of mineral and protein. Although it is a lean meat option, people rarely eat rabbits in many nations.

Although domestic rabbits are also raised for their meat, rabbit is still categorized as game meat.

A delicious stew with few calories can be made with rabbit meat.

One of the best sources of vitamin B12 is rabbit meat. A tiny serving (85 g) covers almost all of your daily requirements for vitamin B12.

These vitamins listed here are needed for a strong immune system and healthy blood cells.

However, it is not seen as a common food source and is more expensive because of the stigma associated with eating rabbits.

Frog is an exotic meat in many Western nations. In contrast, it is commonly consumed in other nations, particularly France, where it is a delicacy.

Another region where frog consumption is widespread is Asia.

The taste of frog meat has been compared to that of chicken. Frog legs are prepared in a similar manner by being battered and fried.

Frog meat is abundant in minerals, omega-3 fatty acids, and protein. As a result, several professionals advise people to consume it.

The frog meat trade, in contrast, has drawn criticism. They have connected it to the decrease in frog populations in France and other countries.

Goose is a different variety of white meat, but it’s not one of the most common poultry species and might be hard to find.

When the skin is taken off, goose meat, like most poultry, is high in protein and low in fat. An excellent source of vitamin B6, niacin, riboflavin, and vitamin B12 is the cooked goose.

Also, goose is a good source of iron, potassium, zinc, copper, and selenium.

Since buffalo meat has a stronger flavor than other varieties of meat, it is not suitable for everyone.

This is one of the most delectable meat you will ever taste, and many people enjoy its intensity since it leaves you wanting more after each bite.

Buffalo is consumed by people all over the world and has become one of the most popular meats in the United States.

The world has a wide variety of delicious meats. If you haven’t tasted some of the meat on this list, you should as soon as possible.

They will leave a lasting impression on your taste buds.