– How to Remove Towel Bar – 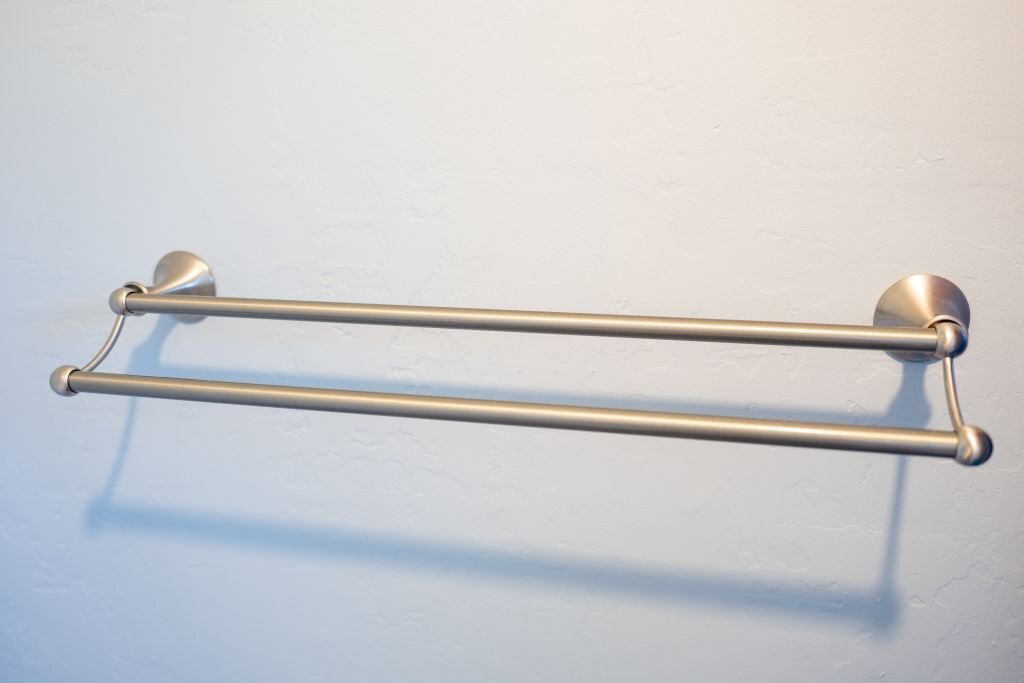 How to Remove Towel Bar

The little set screw that secures the towel bar to a wall bracket is common with towel bars.

The screw will be concealed as you look at the bottom or inside of the end posts where the towel bar meets the wall.

You will need the following tools to remove a towel bar.

You need to search all around the end post base of the towel bar for a little set screw.

Once you’ve located it, decide which tool you’ll need to remove the screw. Most likely, this will be a tiny Allen wrench or a tiny screwdriver.

Loosen the set screw with the necessary tool. Loosen each set screw if there is one on each side.

Depending on the model and manufacturer, you may need to push up or out on the base of the end posts to remove the towel bar.

Additionally, you might find it useful to pull away from the wall as you do this.

The possibilities of the towel bar end aligning with studs are not very great, so the wall brackets are normally fastened with screws and anchors.

Use needle-nose pliers to remove the drywall anchors after unscrewing the screws and removing the bracket.

How to Remove a Towel Bar that Has No Visible Screws?

If there are no visible screws, then a locking tab system is probably used to secure the end posts to the bracket.

‣ To locate the locking tab, look along the bottom of the end posts. It will probably be put at the side or bottom of the postings.

‣ After that, remove the end post by adjusting its position while pushing the locking tab.

Start by attempting to draw away from the tab’s location.

If it doesn’t work, try pulling at various angles until you discover the one that lets the post come free from the bracket.

‣ Finally, remove the brackets. The drywall anchors must also be unscrewed and removed from the wall along with the brackets.

How Can I Fix a Loose Towel Rack?

You can fix a loose towel rack by following these steps:

Step 1: Mount the Toggle Bolts on the Attachment Plate

You should measure the thickness of the drywall before attaching the toggles.

This is necessary because the toggles must completely close before opening once they are within the wall.

Toggle closure should be in the direction of bolt heads.

Step 2: Insert the Bolts Through the Wall

Close all toggles with a pinch before carefully slipping them through the wall’s openings.

The toggles should automatically spring open after they pass through the drywall.

Step 3: Tighten the attachment plate to the wall

Use a screwdriver to tighten the bolts on your attachment plate while maintaining the tension.

It will work best if you first tighten one, then the other, then switch back and forth until they are both firmly fastened to the wall.

You may put the remainder of the towel rack together once the attachment plate is in place and then hang your towels. 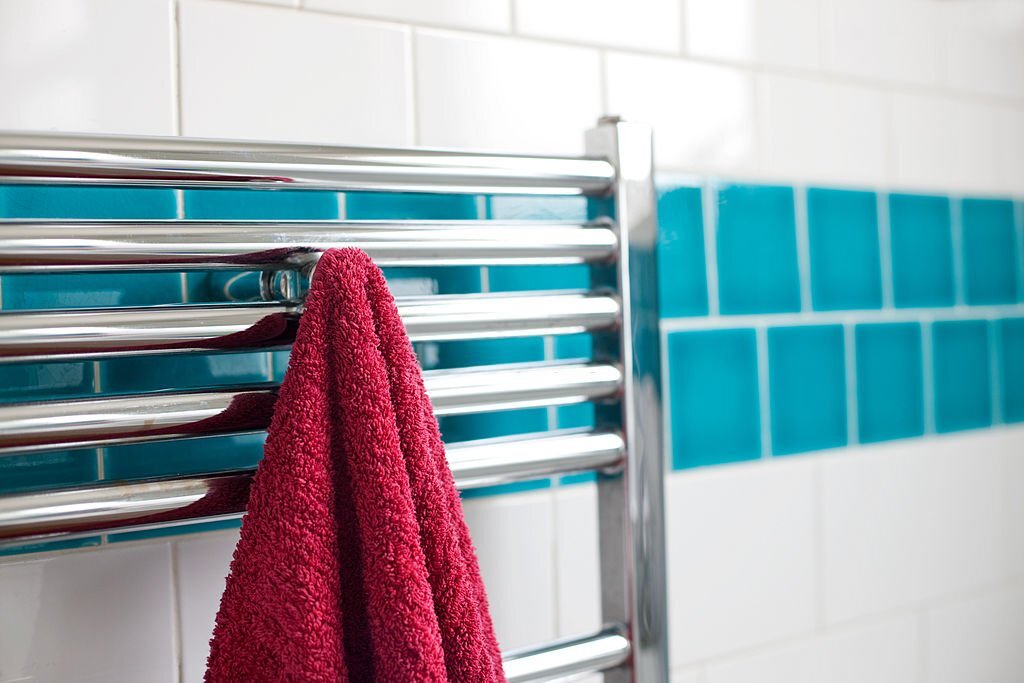 Where Should a Bathroom Towel Rack Be Placed?

As a rule of thumb, towel racks and other towel hardware ought to be placed easily close to every sink and bathroom fixture.

Bars should be as long (horizontally) as possible and placed on the bathroom’s longest wall.

How to Take Apart a Delta Shower Head?

You can take apart a delts shower head by doing the following.

‣ Use your hands to counterclockwise turn the ring piece on the shower head that is mounted on the pipe.

The shower head will eventually detach from the pipe if you keep twisting the ring counterclockwise.

If you are unable to remove the shower head by hand, then:

‣ Wrap a soft cloth around it.

‣ Place a cloth between the pipe wrench and the shower head’s ring component to prevent damage to the metal when you clamp it over the piece.

‣ To remove the shower head from the pipe, counterclockwise-turn the pipe wrench.

‣ Spray some penetrating lubricant into the joint between the shower head and the pipe.

How Do You Remove a Screw that Keeps Spinning?

If this is the case, the screw is either damaged, stripped, or broken. Friction between the screw and the substance must be created.

Put something between the material and the screw head’s bottom. Then slowly back the screw out while keeping the wedge’s pressure and friction in place.

How to Remove a Magnetic Security Tag Without a Magnet?

It is possible to remove a security tag without using a magnet. You can use needle-nose pliers for the removal instead.

‣ First, with the ink cartridge side up, hold the security tag.

‣ Then using a pair of pliers, grasp one of the rectangular tag’s sides.

‣ Using a new pair of pliers, grasp the other side of the tag.

‣ After that, using the pliers, gently bend each side of the tag down. Be careful not to bend too far to avoid breaking the tag in half and spewing ink all over the place.

‣ Continue to bend until it pops open. This should loosen the pin enough for it to fall out.

How to Remove Stripped Screws from a Nerf Gun?

You can remove stripped screws from a Nerf gun using a drill bit, rubber band, or screwdriver.

Drill the dead screw out extremely carefully using a 3mm drill bit at a LOW RPM speed while wearing ear protection. Otherwise, the drill bit’s heat could melt the plastic.

The rubber band method involves covering the screw with a rubber band and using a screwdriver as usual.

If the head of the screw is not completely stripped, this usually works.

Here, you use a screwdriver and super glue. Place one drop of super glue on the end of the tool. Then insert the screwdriver into the screw head after that.

Allow it to dry, then unscrew. You have to be cautious though, cus you may superglue the plastic and screw instead.

We believe this article was helpful to you. Please feel free to share this with your friends and loved ones.