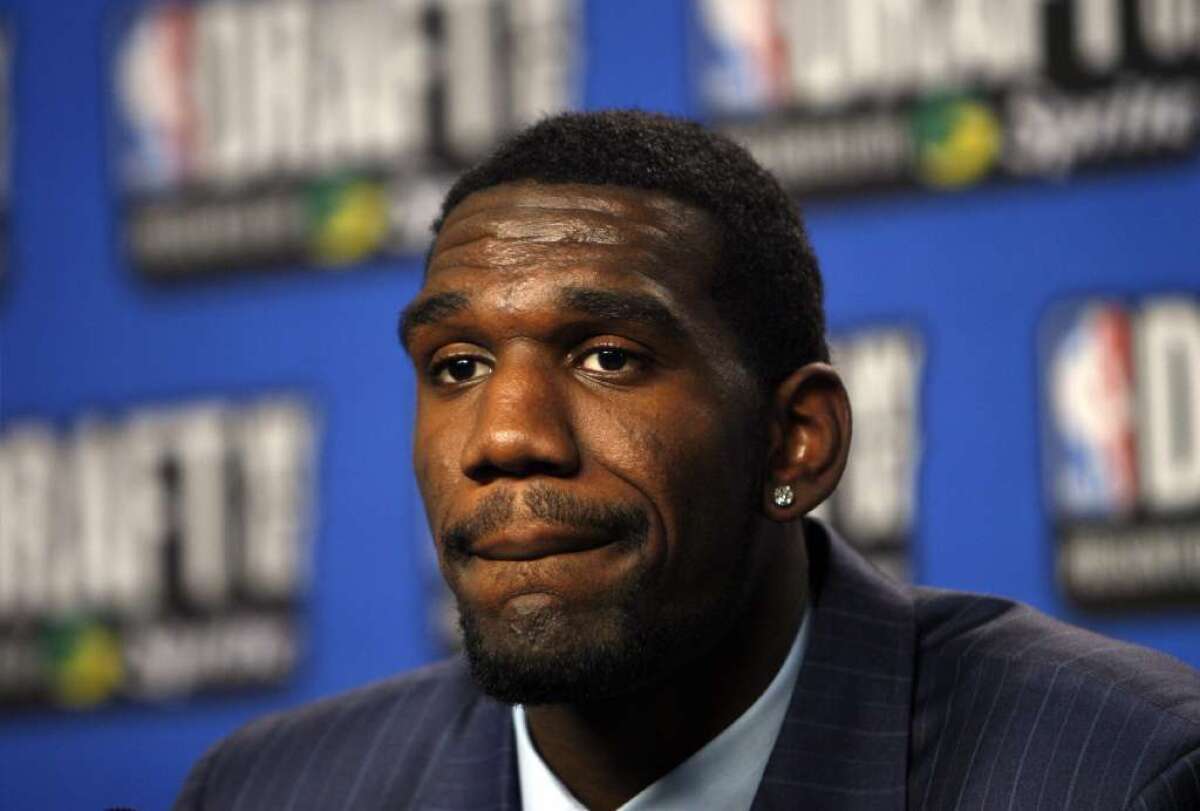 What happened to Greg Oden? The basketball player had an amazing career ahead of him but took breaks due to his multiple knee injuries. He retired in 2016.

Oden was born in Buffalo, New York, and his family moved to Terre Haute, Indiana, when he was nine years old.

After that, Oden relocated to Indianapolis, Indiana, where he attended Lawrence North High School and helped the basketball team there win three consecutive Indiana Class 4A championships before he left for college in 2006.

He received a second Gatorade award for National Boys Basketball Player of the Year in 2006.

Oden was named Mr. Basketball for Indiana in 2006.

He had a microfracture knee surgery in September 2007, which prevented him from playing in the whole 2007–2008 NBA season.

After his recovery, he participated in the NBA’s first game that year. Due to a long history of injuries, he was waived by the Trail Blazers in March 2012.

He joined the Miami Heat in August 2013, more than three years after his final NBA game appearance. He stayed with the squad all the way to the 2014 NBA Finals.

After playing in the Chinese Basketball Association during the 2015–16 season, Oden proclaimed in October 2016 that he was done playing basketball and would not be coming back.

In July of last year, he took part in The Basketball Tournament 2018.

In May of that year, Oden was selected in the seventh overall spot of the Big3 Draft.

What Happened to Greg Oden?

Oden wasn’t a brand-new occurrence in 2007. Long before then, the people of Indiana were aware of him because basketball is practically a religion there.

Oden was a basketball god there, the cornerstone of teams that won consecutive high school championships.

He won every award given to high school basketball players, including Mr. Basketball in Indiana, National Player of the Year, and other honors.

Oden underwent microfracture surgery on his right knee less than three months after being selected, which prevented him from playing his rookie season.

After a foot injury derailed the start of his rookie season the next year, he played 61 games until a second knee ailment forced him to miss the remainder of the season.

He lost three-fourths of that season to a new knee injury, and in the fall of 2010, he underwent another microfracture procedure.

Only three times did Oden reach 20 points in a game for Portland. Three times he had 15 rebounds, and once he had 5 blocks.

During that season, he scored 67 points in 26 games.

He participated in three NBA Finals contests, but was scoreless, recording just one rebound and one block.

The Heat eventually fell to the San Antonio Spurs in five games.

The Portland Trail Blazers selected Oden with the first overall pick in the 2007 NBA Draft.

There were high expectations for him entering the league because he was drafted before Kevin Durant.

Oden, though, required microfracture surgery on his right knee three months after being selected for the NBA.

He didn’t play at all during the regular season and didn’t make his NBA debut until the Los Angeles Lakers matchup in 2008-2009.

He would play just thirteen scoreless minutes before leaving the game due to a foot injury.

The Heat team of Oden and LeBron James made it to the NBA Finals. The San Antonio Spurs defeated them in five games.

Oden admitted that after coming back from China, he experienced despair and started drinking.

However, when he wed his love Sabrina in Hawaii in 2017, his life began to turn for the better.

Oden’s situation began to improve when Thad Matta, his previous coach, encouraged him to finish his undergraduate education.

Later, the former NBA great enrolled at Ohio State. He received a degree in sports industry from the institution, which was revealed in 2019.

Oden served as a student manager and student assistant coach for Ohio State under Thad Matta and Chris Holtmann from 2016 to 2019.

Life after NBA for Greg Oden

Oden always had the demeanor of a gentle giant, it seems.

He came out as friendly, intelligent, and witty in interviews, and it appeared the NBA had discovered its replacement for Shaquille O’Neal.

Oden was actually funny and endearing and had a friendly demeanor.

With a potent pair of Brandon Roy and Greg Oden, the Blazers may have been battling with the Spurs and Thunder all these years.

Instead, his experience serves as a warning to NBA organizations, players, and fans.

Nothing is certain. No history of injuries may be disregarded.

Maybe it’s because of the uncanny similarities to Joel Embiid that this entire story, about a gregarious big guy who was poised for a Hall of Fame career but had his career cut short by a string of ailments after being a high draft pick, seems so familiar.

Oden, a 7-foot, 28-year-old sophomore with a new outlook on life, returned to Ohio State this year.

As the collegiate basketball season begins, he is the team manager for the Ohio State Buckeyes.

Oden’s appointment as an assistant coach with the DC Stealth of The Professional Collegiate League was revealed in 2021.

Oden would instead return to the Ohio State coaching staff this season as a graduate assistant, SI reported in September 2021.