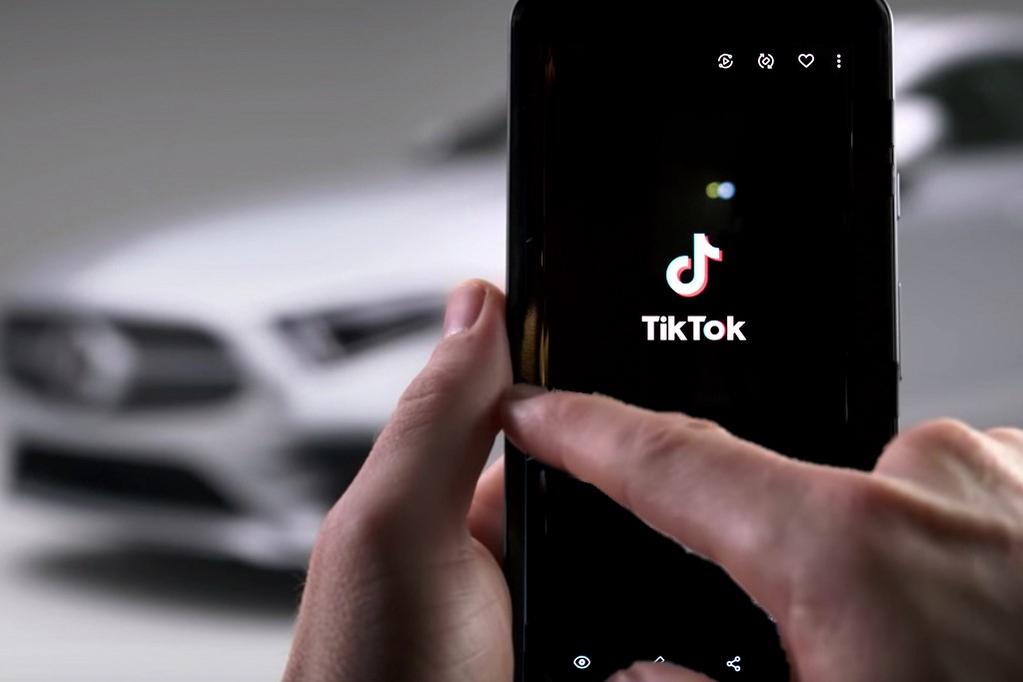 Why is TikTok so popular? The social media app allows you to create short videos that allow you to express yourself in whatever way you deem fit!

Why is TikTok so popular? The social media app allows you to create short videos that allow you to express yourself in whatever way you deem fit!

So the question here should be, why should TikTok not be popular?

Social media is becoming more of an online diary. The only difference is that it doesn’t possess the primary feature of a diary – Privacy.

The app became the seventh-most popular social media app in the world, with over 2.6 billion downloads as of December 2020 and more than 1 billion monthly active users worldwide by the end of 2021 (Statista).

By the end of Q1 2022, this number had increased to 1.4 billion (CNBC), and the app’s popularity is still growing.

TikTok ranks in the top five free apps when you search for them on Android or iOS. With every day that goes by, the platform grows.

If you are unfamiliar with TikTok, it is a social networking site where individuals produce various types of short films, primarily for fun. TikTok frequently receives negative press, obscuring its benefits.

Why is TikTok So Popular?

First of all, compared to other platforms, TikTok is thought to be highly authentic and distinctive.

On this site, there is a ton of content, and TikTok users may swiftly scroll through the videos tremendous locate the ones that interest them.

In addition, TikTok’s material is extremely uncommon to find on other applications, which is another reason why it is thought to be different from other apps.

You would therefore feel as though you were using all of them, even if you were only using one of these apps.

Users of TikTok may be certain that their content is unlikely to be shared on any other app, which helps the platform’s community grow.

TikTok mostly provides pleasant, fascinating, humorous, and amusing content, which is precisely why the younger generation enjoys this app and why it receives millions of daily views.

With regard to other social media sites, Facebook and Twitter, excluding Instagram, have developed into applications that people use to let off steam, comment on serious subjects, engage in heated debates with others who hold opposing views, etc.

This has a terrible and dark impact on the younger generation, and social media can have a significant detrimental effect on people’s mental health, according to a variety of studies.

It follows that it is expected that they will seek out a social media app that has a lot of laughter and positivity.

The TikTok app seems like the ideal choice, which explains why it has become extremely popular, especially with teenagers and young adults who frequently claim that TikTok makes them happy.

One of the principal contributors to TikTok’s popularity may be a unique algorithm dubbed the Artificial Intelligence Algorithm that it uses.

In particular, the app offers an FYP (For You Page) where TikTok’s international audience often receives fresh suggested content.

Unlike Instagram or Facebook, where you are likely connected to friends of friends or individuals you know, much of the material on these platforms is recommended to you.

On the other side, TikTok suggests videos that are similar to the ones you typically watch.

As a result, if you frequently view cooking videos, the TikTok algorithm will suggest them to you, and you’ll see an increase in the number of cooking videos on your FYP.

So it shouldn’t come as a surprise if you spend hours on TikTok without ever seeing a video created by a user you follow or personally know.

In contrast to Instagram or Facebook, where you are limited to following people you know and those from your city or country, TikTok users are continually introduced to new content and people from all over the world.

Finally, the content is delivered automatically, saving you the time it would take to search through videos or keep refreshing to find new content.

To start, we must acknowledge that some material will become viral the quickest on TikTok.

Because anyone can literally overnight become a TikTok influencer, fame plays a significant role among young people and boosts TikTok’s popularity.

However, the app features a variety of really intriguing content that can quickly become popular among TikTok users and, more significantly, spread throughout the app like wildfire.

Specifically, everyone has at least once witnessed a hashtag challenge or a dance challenge on TikTok.

The purpose of a challenge video is to challenge viewers to imitate your actions as closely as they can.

That is only one type of content that can gain popularity very rapidly, and once it does, the TikTok algorithm treats it with the utmost priority and importance.

As more people view that content on their FYP, they will start to generate comparable content with the addition of editing tools.

As a result, there will be an exponential increase in the number of videos of individuals completing the challenge, which will cause it to spread like wildfire over the Internet and not just on TikTok.

So-called “lip sync videos” are among the other intriguing aspects that have contributed to the TikTok app’s enormous popularity.

Specifically, any other TikTok user may lip-synch a specific video’s audio and utilize it in their original new material.

We achieve the same result as with challenges in this method.

And if you ever start to doubt TikTok’s strength, simply keep in mind that some songs that were recorded 30–40–or even more years ago but were forgotten entirely or maybe never became popular, went viral as a result of the site.

Building a community on TikTok is simple because, as we’ve already discussed, the content can be extremely similar or identical thanks to challenges, lipsyncing, or simply stealing someone else’s video.

A community is generally thought of as all content producers who use the same hashtags, audio files, and video topics.

Additionally, a community grows stronger when its particular topic or style of videos gets popular online.

A social platform grows stronger and more well-liked the stronger the communities it has.

TikTok is therefore by far the most widely used social media app in terms of communities.

Let’s start by noting that TikTok can only be utilized on mobile devices, not PCs. This choice is sensible.

Since they are always with them and easily accessible, mobile phones are more commonly used by young people than PCs, which are simply too slow for them.

Additionally, TikTok has added a direct messaging feature similar to Facebook and Instagram, giving users of the social media app access to both entertaining and intriguing material as well as the ability to communicate with their friends—which is all they need from a social media app.

If we look at all of TikTok’s features, we’ll see that they have all been modified to the demands and preferences of the younger audience.

The developers of TikTok have done everything possible to make the app appealing to teenagers and young adults because they have wisely recognized that this age group is their target market.

Users on the platform place a high value on the app and the content because of this effort and dedication.

So let’s talk about a few new features that were developed with TikTok’s target audience in mind.

How it Differs from Musical.ly

The TikTok app, unlike Musical, has a much wider focus and is built on the same short-form video concept. Ly’s interest extends beyond just singing along to the song.

It also gives users access to an extensive library of sounds and music excerpts, as well as the choice of adding further effects and filters.

Directly adding videos made on your phone is another alternative.

Reactions, a tool that lets users record and share their reactions to videos, was launched in September.

A digital well-being function that informs users when they spend more than two hours on the app has also been added to TikTok.

The new app is advertised as a social network for sharing videos. Users of TikTok can make a wide range of videos, including challenges, dancing videos, magic tricks, and comedic videos.

The major distinction between TikTok and Musical.ly is that the latter offers a far wider range of video creation options.

A 3- to 60-second video that loops when it is finished makes up each TikTok. The user-uploaded video occupies the majority of the screen.

The app provides a variety of options for modifying and combining these videos, including video recorded using a user’s smartphone, pictures uploaded from the internet, text overlays, special effects, and emojis.

Similar to Instagram filters, but for video, the app’s library of filters and video-distorting effects.

Information regarding the “sound,” or the audio file that goes with the video, can be found at the bottom of the screen.

These “sounds” can either be selected from a library of well-known sounds or uploaded by the user.

This library includes both funny recordings of people talking and samples of songs by accomplished musicians.

The music industry has been greatly impacted by “sounds”: “Old Town Road,” one of the most well-known songs of all time, first became well-known as a TikTok “sound” with a related dance.

The moment you launch the app, a TikTok begins to play. The “For You Page,” which plays the TikToks that TikTok’s algorithm suggests for you, can be found here.

You swipe up to move on to the following TikTok. Swipe right to reveal the account that uploaded the current TikTok.

The Future of TikTok

Although the TikTok app is incredibly popular right now, there is still no assurance that its popularity will ever match that of other social media platforms like Instagram and YouTube.

Back in the day, Vine was a very well-liked site for sharing videos, but it is no longer around at all.

And there are other applications that gained popularity fast before disappearing.

TikTok will need to continue inventing and figuring out fresh methods to engage its user base if it wants to sustain its present level of success.

In order to make the app a social network that will endure, they will also need to make the platform more brand-friendly in terms of marketing.

TikTok is on the right track as more firms turn to it to broaden their social media marketing reach.

It will undoubtedly expand further and might even be able to compete with other social media platforms if it can take advantage of brand engagements.

Briefly said, TikTok is a fun, and addictive software that has gained popularity recently.

The TikTok app has the potential to develop into the upcoming major social networking and marketing platform.

It remains to be seen, though, how the app’s developers will use this potential to sustain the app’s present level of popularity.