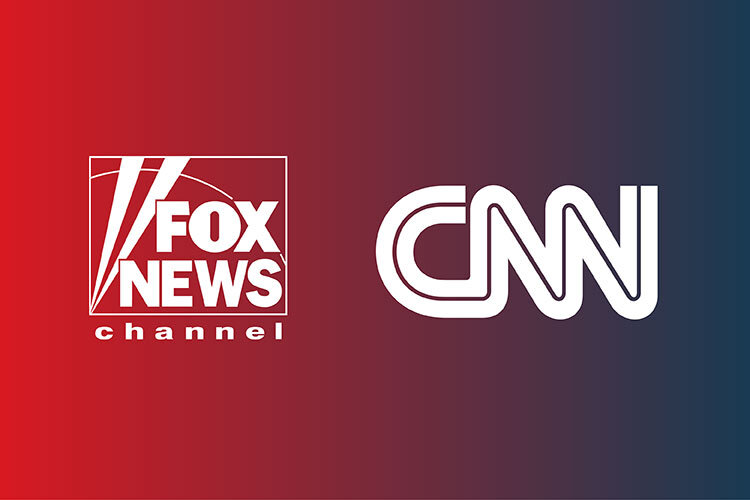 Want to know who owns CNN and Fox? We’ll find out everything you need to know in this article plus so much more.

CNN and Fox have some of the most popular news shows in the industry.

Given their popularity, you may be wondering who owns the networks and who receives a large portion of the revenue generated.

It’s also worth knowing who owns various networks to see if the network has any particular biases.

Who is the Owner of CNN and Fox?

AT&T is the owner of CNN. However, because AT&T owns Warner Bros., it is not as simple as that.

Warner Bros. recently merged with Discovery after AT&T purchased it. It has since been renamed Warner Bros. Discovery.

However, it is better to stick with the parent company because AT&T owns several other networks besides Warner Bros.

CNN and its affiliated networks, such as CNN+, are thus all part of AT&T. John Stankey is AT&T’s CEO.

As such, aside from the networks now owned by the Disney Corporation, Murdoch owns Fox and its related networks.

Is Disney the Owner of Fox Corporation?

Because Disney purchased many of Fox’s businesses, you may be wondering if Disney now owns Fox Corporation.

That is not entirely correct. It’s worth looking at what happened to Fox before Disney got involved.

For a long time, 21st Century Fox was a subsidiary of News Corporation. The Murdoch family-owned News Corp is a vast publishing and entertainment empire.

News Corporation split in 2013, resulting in the formation of 21st Century Fox. It included the majority of the previous media empire’s entertainment businesses.

The publishing division split off and renamed itself, News Corp. It’s also worth noting that 20th Century Fox was included in 21st Century Fox.

It essentially changed its name. Disney paid $71 billion for 21st Century Fox in 2019.

Disney concentrated on the entertainment studios and assets while allowing the news assets to separate and form their own, separate corporation, which was eventually acquired by someone else.

As a result, while Disney now owns Fox’s entertainment division, it does not own Fox’s news division. That branch is still owned by the Murdoch family.

Are CBS and Fox Owned by One Company?

CBS and Fox are not owned by the same corporation. CBS is owned by Paramount Global.

Fox is owned by two people. If you’re talking about Fox News, it’s purchased by the Fox Corporation and the Murdoch family.

If you’re referring to 21st Century Fox or Fox’s entertainment division, it is owned by Disney. CBS and Fox have separate owners because neither is a subsidiary of Paramount Global.

Who is the Owner of Fox?

Fox is owned and controlled by Rupert Murdoch. Fox News is also owned by Fox Corporation.

News Corporation also owns a number of other publishing companies. It owns the New York Post, HarperCollins, and the Wall Street Journal, among other publications.

As a result, Murdoch owns the New York Post, HarperCollins, and the Wall Street Journal. Fox is owned by a few other entities in addition to Murdoch.

Who is the Owner of CNN?

Because AT&T is Warner Media’s largest shareholder, it also owns all of the company’s subsidiaries. Networks such as HBO, Otter Media, Warner Bros., and Turner Broadcasting System are included.

Randall L. Stephenson, John J. Stephens, and John T. Stankey are among the largest shareholders. In terms of organizations, the Vanguard Group owns 7.43% of the company.

Who is the Owner of ABC News?

The Disney Corporation owns ABC News. Robert Iger is a majority shareholder in ABC News. Iger is a Disney Chairman and former CEO of both Disney and ABC.

Who is the Owner of NBC News?

NBC News is owned by Comcast. It also has a stake in NBC Universal News, NBC, and CNBC. Comcast’s CEO and Chairman are Brian L. Roberts.

For years, the Roberts family, like the Murdoch family, has held a controlling stake in Comcast.

As a result, the Roberts family owns NBC News as well as other businesses and corporations under the Comcast umbrella.

In fact, Comcast owns a number of other businesses. Fandango, Hulu, Universal Pictures, and Telemundo are among them.

Although the Roberts family owns the majority of Comcast and thus NBC News, a few other entities have shares in it as well.

Which Media Company is the Largest in the World?

While there are many different networks, it is clear that only a few corporations own them all. That may make you wonder which media company is the largest in the world based on various factors.

Clearly, Comcast had the majority of the higher numbers when compared to Disney. Charter is ranked third.

Who is Rupert Murdoch?

Rupert Murdoch is best known as the founder of the media conglomerate News Corp.

News Corporation would eventually split up and form several other publishing divisions or buy out other companies.

It is best known for owning Fox News and other Fox-related businesses. Murdoch attended Oxford University and began his career with Lord Beaverbrook’s Daily Express.

It was a London-based newspaper that specialized in sensational journalism. Murdoch, as an editor, found it appealing.

When his father died, Murdoch returned to Australia, where he was born, and incorporated his father’s journalism style into some of the papers he inherited.

He inherited the Sunday Mail and The News in particular. In The News, he used this new style of journalism, and its popularity skyrocketed.

The paper concentrated on sex and scandal information in particular. The public devoured it, and Murdoch was able to reinvest the profits in other newspapers.

Murdoch obtained his first British newspaper in 1969. It was the front page of the New York Times.

He had discovered the perfect formula for selling newspapers by that point. He specialized in crime, sex, scandal, and other human-interest stories.

He also specialized in sports broadcasting and edited with a conservative bent.

The formula worked well for News of the World, allowing him to purchase The Sun as well. He eventually moved to the United States and began purchasing papers there as well.

He’d brought the same formula, which would earn him a good profit before either keeping or selling the paper for a higher profit.

Murdoch eventually decided to stay in the United States and become a citizen. In 1985, he was granted citizenship.

Rupert Murdoch had already dabbled in industries other than newspapers by that point. He had a sizable stake in radio, television, film, and record companies.

These holdings enabled him to amass the wealth required to eventually purchase 20th Century Fox. He also bought a few Metromedia stations and merged them to form Fox, Inc.

The corporation would go on to compete with other major networks such as ABC, CBS, and NBC. Fox News, on the other hand, did not begin until 1995.

His company had merged with MCI Communications Corporation by that point.

It was a long-distance telecommunications company. This provided him with the network he required to launch Fox News.

Murdoch agreed to sell most of 21st Century Fox to Disney in 2017. Fox News and a few other stations were not included in the agreement.

Rupert Murdoch is no longer the CEO of Fox Corporation, but he is still a member of its board of directors.

For a time, his son, James Murdoch, served as CEO. Lachlan Murdoch is the current CEO of Fox Corporation.

Was Myspace Owned by Fox?

Rupert Murdoch used to own Myspace. Because Murdoch also owns Fox Corporation, you could say that Fox once owned Myspace.

However, with the advent of Facebook, the site’s membership began to dwindle. Murdoch made the decision to sell Myspace in 2011.

It sold for $35 million, which was less than the original purchase price.

What are the Companies Owned by Rupert Murdoch?

Given Murdoch’s extensive network of different media platforms and companies, it can be difficult to keep track of them all.

Here are some of the businesses owned by Rupert Murdoch and the Murdoch family:

Under News Corp Australia, there are a few other networks. Because it is based in Australia, you can expect it to broadcast Australian news and sports.

In particular, Fox Sports Australia covers local and national Australian sports. Nickelodeon is also one of its networks.

Nickelodeon is technically owned by Paramount, but it was brought to Australia through a joint venture with News Corp Australia.

Given that Murdoch is originally from Australia, it stands to reason that he would retain some Australian holdings.

Murdoch was born in Australia, but it was in London that he began his career as a journalist. As a result, he operates a few networks through his corporation’s News UK division.

He even controls the radio and newspapers.  He owns talkSPORT and Virgin Radio in the radio industry.

Both are well-liked in the United Kingdom.

He also owns a number of newspapers and magazines, including The Sun, The Times, and The Sunday Times.

Harper Collins is another well-known publisher with a number of titles under its belt. Murdoch owns all of them.

Fox Corporation is the parent company of numerous networks and television shows. Some are only available in the United States, while others have variations in other countries.

Fox News is one of its top earners.

It does, however, have a few other networks, including Fox Sports, Fox Network, and Fox Television Stations.

Despite its focus on news, the Fox Corporation also has a variety of entertainment shows.

Who is the Founder of CNN?

CNN is well-known for being the first network to broadcast news 24 hours a day, seven days a week. CNN was founded by Ted Turner.

It was absorbed into the Turner Broadcasting System.

Turner wanted to launch CNN because other industry experts told him it was impossible to launch a news-only network. They didn’t think it was going to last.

Turner founded the network in 1980, and it has thrived ever since. The first show to air featured a husband and wife anchor team.

Dave Walker and Lois Hart were their names. Initially, the news station struggled. It lacked some of the larger financial resources that other networks possessed.

How Did CNN Come About?

By 1978, Turner had decided to take a chance on Reece Schonfeld’s proposal for a 24-hour news channel. The epic channel was born two years later after a lot of hard work.

Starting with only 300 employees, the company’s primary investors put up an incredible $20 billion. CNN debuted on cable television at 6 p.m. on Sunday, June 1st, 1980, thanks to Ted Turner, Reece Schonfeld, and the original team.

The channel began with a still image of the company’s new red and white logo. This was quickly followed by an introduction from none other than Ted Turner, the man of the hour.

Following that was a pre-recorded rendition of the national anthem, ‘The Star-Spangled Banner,’ as was customary for Turner channel launches.

The first newscast in CNN history followed, as did the birth of the 24-hour news channel.

CNN is owned by Warner Media Discovery, which is also owned by AT&T.

We believe the above piece of information was useful. Please, kindly share this content on all platforms.